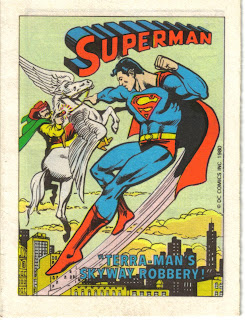 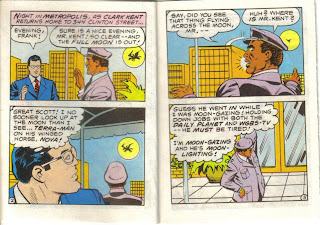 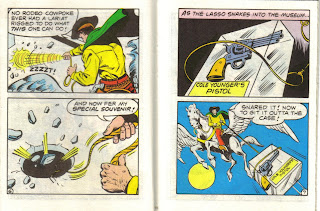 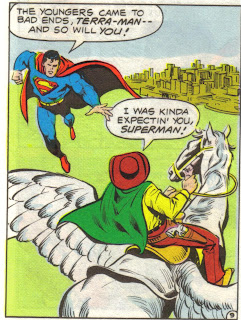 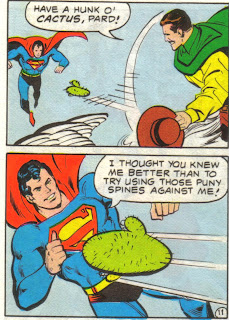 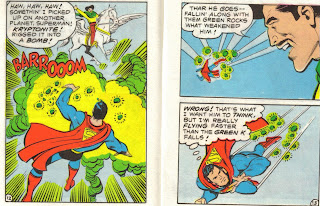 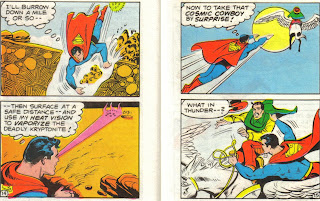 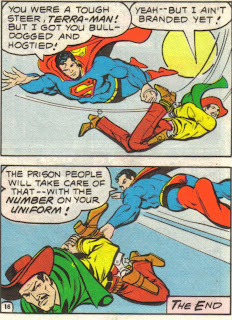 Is "I ain't been branded yet" a good retort to levy at a guy with heat vision? And Superman's response at first sounds like he's been watching a little too much Oz.
Posted by Dr. K at 5:25 PM

My life will never be complete until I own a copy of that.

I have two of the minicomics. I came across them and I cannot find too much information on them.
Superman: terra-man's skyway robbery and Super Heroes : The Secret of the Sinister Lighthouse. Any info will be helpful