I recently returned from a trip to the UK, where I got to see a marvelous, funny, and accessible production of Samuel Beckett's Waiting for Godotstarring Ian McKellen, Patrick Stewart, Simon Callow, and Ronald Pickup (more on this in a later post, perhaps). 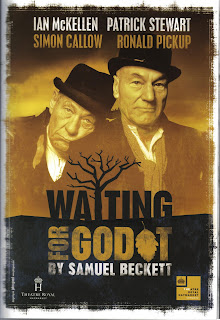 At one point in the play, in their endless quest to occupy their time, Didi (Stewart) and Gogo (McKellen) decide to play at hurling insults at one another. The back-and-forth ends when Gogo shouts "Critic!" and Didi falls to the ground as if shot. The line got the biggest applause of the play, and yet, this particular run has been almost universally praised by critics. Clearly, though, that applause would help cushion the blow that any negative criticism might unleash. 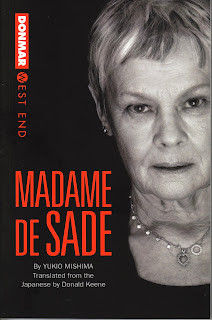 On this trip to London, I also got to see a performance of Yukio Mishima's Madame de Sade, starring Judi Dench and Rosamund Pike. Unlike the Beckett play, this one has been almost universally panned, though I found it quite good and found most of the negative criticism to miss the point of the play. However, the critical backlash has been so strong that it inspired Dame Judi to respond to Daily Telegraph critic Charles Spencer with a letter stating, "I've always rather admired you but now realise you're an absolute shit."

Now, when feuds between artists and critics enter the public sphere, it can be fun to watch, and Dame Judi manages to toss a perfect verbal barb at her detractor, especially as one can imagine just how the great actress would deliver such a line. But I use these two examples as a means of taking the long way to get to this recent example of what not to do when faced with negative criticism. Kevin Church assesses Joseph Larkin's Arcade of Cruelty using the famous reviews of Spinal Tap's albums, and this results in Larkin providing a response that lacks any kind of cleverness or class while also being legally actionable. Now, no one likes negative criticism, but responding with physical threats can be damaging to the point of being career-ending. At the very least, it doesn't reflect well on Larkin's creativity, providing an even more damning review of his work than Kevin's post does. Feuds between artists and critics can be a fun spectator sport, especially in the age of the Internet, but Larkin seems to have crossed a line here.
Posted by Dr. K at 10:04 AM

Reading Larkin's post, I have to assume he's joking. Not a funny joke, but a joke nonetheless. If you skim the internet he comments on any review of the book, and he does so "in character." My understanding is that there's a meta-narrative about authorship in the book under review. Couldn't it just be a part, albeit a kind of lame part, of the act?

@nsatkinson: That's an interesting point. But as someone who had never heard of Larkin or his book before seeing Kevin's post, I certainly didn't get the joke. That may make me one of the hoi poloi who just "don't get it", but it sure didn't make me want to pick up Arcade of Cruelty to see if it's any good.