My apologies for the lack of posting on this blog over the past week, but the internet connection at the Spec Home Office went out for much of the weekend. And despite our insistence with the cable company that the presence of three cable trucks in the neighborhood might indicate an outage, they were slow to believe us. Unfortunately, you can't solve problems with the cable company the Gil Kane Way.

So, to make up for the lack of content, I've provided a truly awesome Gil Kane punch, in which Robin sends three thugs flying with one shot, while also misquoting my favorite Ratt song: 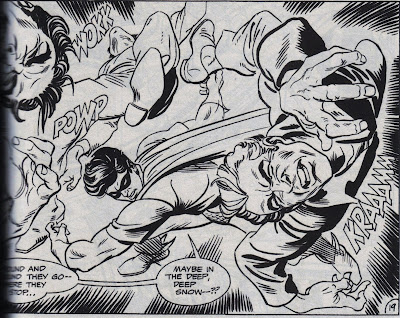