Instead of going to the next Blackhawk issue in my collection, I thought I would take a step back and introduce the characters in the series for those who are unfamiliar with them. As I pointed out with the stories from issue 187, most Silver Age Blackhawk tales mainly involve Blackhawk doing most of the work while the rest of the team hangs back to express shock, outrage, or admiration. However, this wasn't always the case, and each member of the Blackhawk team is meant to have an area of specialization so that, when they are combined in a single team, they form the perfect fighting unit. 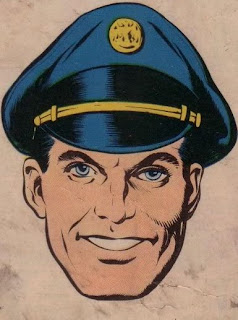 Blackhawk is, of course, the handsome, debonair, heroic team leader. In his first origin (most of these guys have several), he was supposed to be a Polish survivor of the Nazi invasion of Poland, but he quickly became identified as an American whose real identity is "Bart Hawk." That is not a joke. 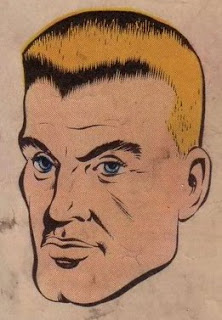 Stanislaus also hails from Poland, and he is supposed to be some kind of expert in acrobatics. He's also Blackhawk's second-in-command, which is the Blackhawk equivalent to being Aaron Rogers before the 2008 NFL season. (This analogy would only be true for the 2009 NFL season if Blackhawk were suddenly to start leading a crack team of Nazi pilots, leaving Stan to lead his team to a surprisingly successful season, so far.) Early in the series, Stan was depicted with some ethnic distinctions, though these were dropped at some point, and he quickly became the most boring team member. 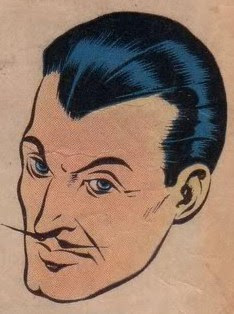 Andre is a swarthy Frenchman and demolitions expert, but the main thing he destroys is the ladies' hearts, if you catch my drift. 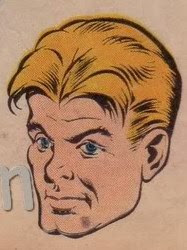 Chuck is a Texas-American who, like many of his fellow statesmen, enjoys cold-cocking. He's also the team's audio and surveillance expert. According to Wikipedia, he is the only Blackhawk (with the exception of Blackhawk himself) who is not depicted as an ethnic stereotype. However, the author of the Wikipedia page is clearly from Texas and therefore doesn't know what he is talking about because he thinks Chuck is "normal." Nonetheless, Chuck doesn't really have a catchphrase. 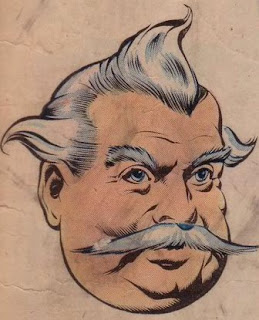 Hendrickson is a Dutch sharpshooter. I may have mistakenly referred to him as Austrian in an earlier post, but nobody caught it, so the mistake is as much yours as it is mine. 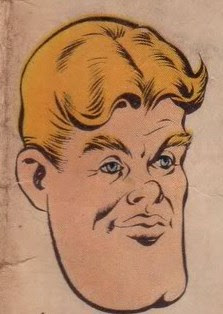 Olaf, often insensitively referred to as a "big dumb Swede," is the team's strong man. In some stories, he is also depicted as an acrobat, though I may be mixing him up with Stan. Or, just as easily, the writers could be mixing them up. Whatever the case, there wasn't a lot of quality control behind these stories, anyway. 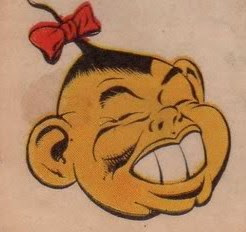 Chop-Chop's catchphrase: Chop-Chop has numerous catchphrases, but his earliest and most common one was "Chop-Chop been double-clossed!" which he expressed during fits of anger and in the midst of a swearing tirade. Seriously, I am not making this shit up.

Images of the team taken from the cover of Blackhawk 10 (Spring 1946), art by Al Bryant.

Next week, I'll feature a story that highlights some of the Blackhawks' special skills.
Posted by Dr. K at 10:30 AM

And, stereotypes or no stereotypes, no one can understand a darn thing ANY of the Blackhawks say when they have a bender on ...

I have to admit, Chop-Chop is the strangest Irish stereotype I've ever seen.

By the end of the "New Blackhawk Era" in the '60's, they had attempted to remake Chop-Chop in the mold of Bruce Lee (then on TV's GREEN HORNET).

The Blackhawks seem to be one of those things that had an intriguing initial concept, but a terrible execution.