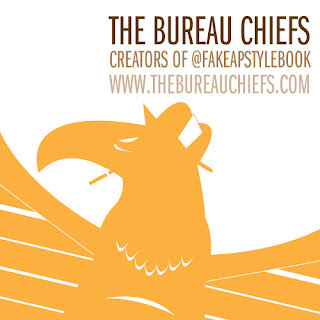 As I've mentioned before here, I'm part of the team collectively known as "The Bureau Chiefs" who put out humorous tidbits at Fake AP Stylebook on Twitter. This week, the Bureau Chiefs website went live at www.thebureauchiefs.com.

The site will feature our humorous take on the news and pop culture, as well as feature articles and reviews. My first piece, a review of Joe Hill's new novel, Horns, went up today. 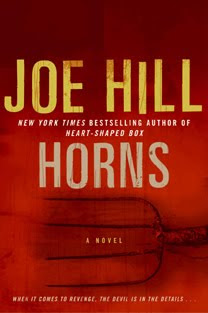 In addition to occasional book reviews, I'll also have a regular feature where I write about a different cult movie every Friday. This will be in a format and approach similar to what I use when writing about horror and sci-fi movies during the Halloween Countdown every year, so if you like that, you definitely should check this out.

Also, the launch of the Bureau Chiefs site means some changes for things here at the 100-Page Super Spectacular. For the past few months, I've basically been limiting myself here to the weekly Gil Kane punches and Blackhawk posts (the latter of which which has been unfortunately absent the last two weeks). While I have written about movies and prose fiction on this blog in the past, I'm pretty much moving all that writing over to the Bureau Chiefs site. That will leave this blog for writing about comics, which is ostensibly what it has been for a while, anyway. Once I get ahead on some of the assignments for the Bureau Chiefs, I hope to expand the comics writing here beyond the two regular features that I've been limited to for some time (and I promise to get back on track with the Blackhawk posts).

I'll also post an announcement here when new stuff of mine goes up on the other site. Since that site isn't set up for comments, feel free to drop in any comments here about my stuff.
Posted by Dr. K at 10:11 PM