First off, I just want to point out that I want to live in this world: 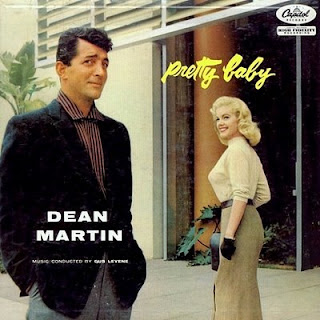 (Cover taken from Will Pfeifer's blog, who got it from If Charlie Parker Was a Gunslinger.)

I thought today that I'd include clips from Dean Martin's variety show to give readers who never got to experience it an understanding of just how the show operated. Here's a bit with Dino and John Wayne, who had just co-starred together in The Sons of Katie Elder:

Now, this bit was clearly not rehearsed at all. Dean responds to the jokes as if he's seeing them for the first time. Would it have been smoother if it were rehearsed? Yes. Would it have been better? Probably not. A big part of Dino's charm was his ability to laugh his way through the rough spots.

One of the highlights of this show was the way in which Dino and his guests would just crack each other up during sketches, which probably couldn't have happened if they had seen the scripts beforehand. Here's a wild sketch, with Jimmy Stewart, Dino, and Orson Welles at a Men's Hair Salon (Holy Crap!):

The joke about "Tab and Rock showing up" to a party "in identical blazers" is interesting, to say the least.

The feeling always was with this show that Dean was having a party, and you were invited. That's also the feeling I get from the Matt Helm movies as well, and that's what makes them so enjoyable.
Posted by Dr. K at 5:09 PM

Hey pallie Dr. K, thanks so Dinomuch for postin' these great Dinoclips...don't remember ever seein' that clip of Dino and the Duke before...loves when our Dino sings "Welcome To My World," 'cause like you the only world that I wanna live in is our Dino's....thanks so much dude for the Dinointerlude...

I wanna live in Dean Martin's world myself. I always loved that album cover. What a hot chick. Great clips. I love them. I think it was cool that Dino didn't really rehearse at all. I think it made it more spontaneous. It was much more fun. I think it allowed Dino to be more Dino. That's what all of us dig anyway.

You know, your blog leads to more adjustments to my Netflix queue more than any other source (except, perhaps, for the backpages of Criminal).

"Dino & the Duke" would've been the best cop show ever.

Jason: Thanks for the compliment. Speaking of Criminal, I just got Blast of Silence today from Netflix!

So you have Netflix's one copy! It's stuck on "Very Long Wait" for me. Hurry up and watch it so I can get my grubby little hands on it.