Apes Week Is Coming--Are You Prepared? 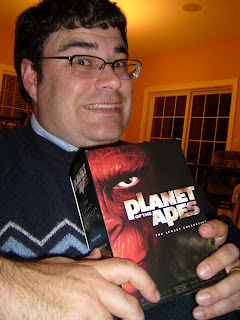 We all know that once we start teaching apes math and language, the next thing we will teach them is performing menial tasks, like housecleaning, running errands, and bartending. From there, it's only a couple steps away from them taking over and putting us into cages.

Seriously, Nova just did an episode on all the recent studies about ape behavior. You can watch the whole thing in the link. It scares the shit out of me.

By the way, that's the PBS series Nova, not to be confused with this Nova, who is also relevant to our discussion: 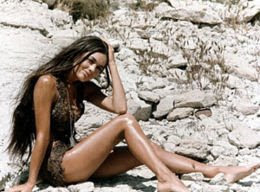 According to one of the studies that the Nova episode discusses, "By age four most human children are accomplished mind readers, and new studies show that chimps share at least some of this talent."

Holy Fuck! It's worse than I thought! We may be moving out of Planet of the Apes territory and moving closer to this guy: 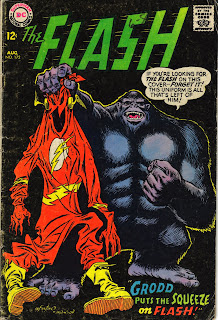 Or even worse, this guy teaming up with psychic four-year-olds! 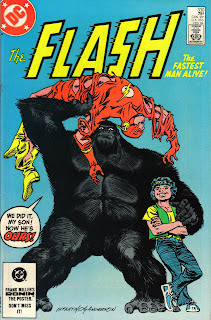 So, to prepare for the day when we inevitably succumb to the will of our ape masters, I've flipped the entire 5 film cycle of the original movies, plus the mid-1970s cartoon series Return to the Planet of the Apes, and the 11-issue Marvel Comics series adapting the first two films. In addition, I'm about to complete the tv series as well.

I consider these movies, tv shows, and comics not to be merely science fiction, but instead Discovery Channel-style documentaries about the world that is to come.

And starting Monday, I'm going to devote an entire week to the greatest science fiction franchise in movie history! (Yes, I said it. Suck on that, Lucas.)

Apes Week: It's going to make Shark Week look like this:

Can't wait! I lived, breathed and ate Planet of the Apes back in the day!

Likewise. And primate psychology is one of my favorite topics to this day, so I'm definitely ready for this too!

(I would add that Linda Harrison has never received the full credit she deserves for her performance as Nova...)

But when is Otter Week?

Where does Marky Mark's Planet of the Apes fit in?