Things I Love about David Hajdu's The Ten-Cent Plague, Part 1 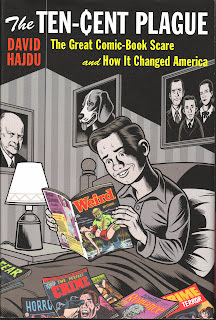 I'm currently reading David Hajdu's cultural history of comic books, The Ten-Cent Plague: The Great Comic-Book Scare and How It Changed America, and as I'm reading it, I'll be posting facts and details from it that I find particularly awesome.

"Bob was a very vapid kind of guy, and his talent was quite limited," Eisner said. "The big thing he was working on at the time was a thing called Peter Pupp, which was an imitation of Disney. That was the limit of his capacity. But he was very aggressive, and he had an immensely leathery skin, so that no matter how much humiliation he suffered, it didn't even register with him." 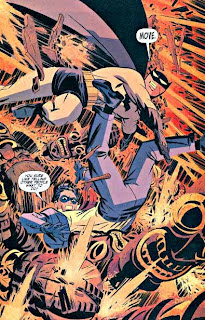 From Batman/Spirit by Jeph Loeb and Darwyn Cooke.
Posted by Dr. K at 8:35 PM

i'm on the last few pages, its a great book.

it made me sad to hear people like Dick Ayers and Bob Oksner actually had to hide what they did from people because they got such harassment when they did. ugh!