I Was Made for Loving Brew

A couple of weeks ago, my pal Jeff came down from Minneapolis to SC for a visit, and I decided that one of the places we had to go was the KISS Coffeehouse in Myrtle Beach. 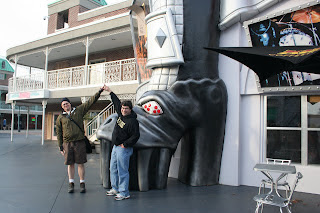 While the place was cool, I did not feel like it truly took advantage of the band's brand as well as it could have. Among the coffee drinks, for example, you can order a "Rockaccino," but where is the "Double Shot It Out Loud" or "You Put the X in Expresso"? How about a latte with "Lick It Up Whipped Topping"?

We asked if the original band members came around often. We were told that Gene Simmons and Paul Stanley came for the grand opening and the one year anniversary, and that Ace was just finishing up some dishes in the back if I wanted to talk to him. 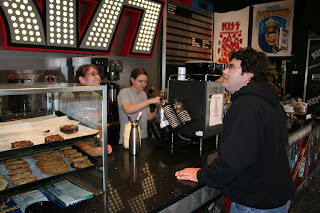 Here's one place that they got it right: 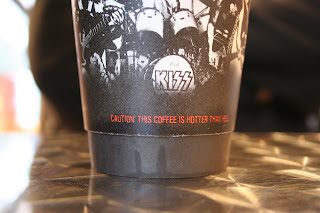 I do have to say that the unisex bathroom at the coffeehouse, complete with blacklight, was impressive. 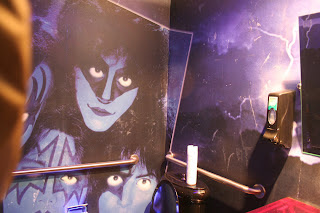 And in honor of the band, I dropped a "Deuce" in there. 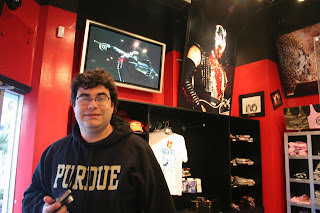 Nothing goes with a large rockaccino like a giant picture of Gene Simmons with blood dripping out of his mouth. 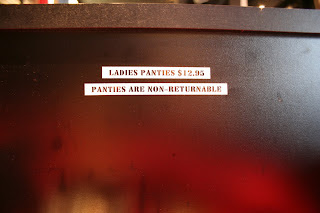 I'm sure if you really wanted to return them, Gene would take them back personally.

But I have to say, after drinking a large, strong, hotter than hell cup of coffee, I was ready to rock and roll all nite!
Posted by Dr. K at 9:50 AM

By the way, my wife swears that KISS, with the exception of a few songs, is a disco band.

I am shocked that Gene Simmons didn't install pay toilets.