Tossing Softballs to Get Back in Shape

It's been a few weeks since I posted much here, so I figured I need to take a few practice swings at some softballs in order to get back into shape. So, to ease back into comic blogging, nothing works better than an issue of Superman's Girlfriend, Lois Lane.

Especially one where Lois is being tied down, Gulliver-style, by a miniature version of the Justice League. 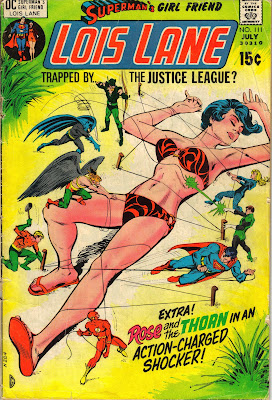 And, especially one that contains a panel like this: 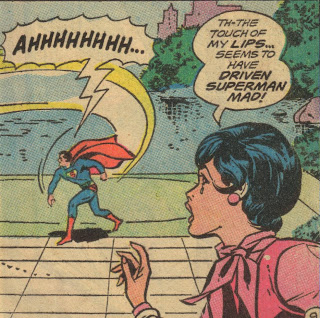 In a story by Bob Kanigher, with art by Werner Roth and Vince Colletta: "The Dark Side of the Justice League!"

The issue begins with Lois Lane taking a vacation on "Sexual Harassment Island," or, as some might call it, "the 1970s" (still others might refer to it as San Diego ComicCon, or they might not even consider it harassment at all): 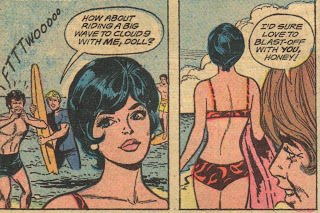 Lois manages to find a nice, secluded spot away from the wolf-whistles in order to enjoy some dreams about Superman, but little does she know that she's being oggled nearby: 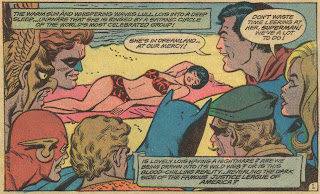 Man, talk about a set up. In the time it takes to turn the first page, the imagination runs wild with the possibilities of what tiny Black Canary could mean by "a lot to do!" And, this being Bob Kanigher, we are not disappointed.

In a double-page spread, the mini-JLA ties Lois up with "anesthetic twine" (available at some of America's finer fraternities), while tiny Black Canary administers some kind of liquid to Lois's mouth: 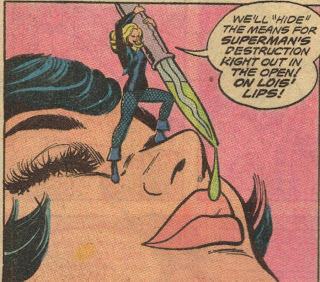 The mini-JLA turns out to be miniature clones of the Justice League created by Darkseid from DNA samples his minions stole from a group called "The Project," which was featured in Jack Kirby's run on Jimmy Olsen.

When Lois returns to work at the Daily Planet, both Lois and Clark Kent are demonstrating just how they became top-calibre journalists: 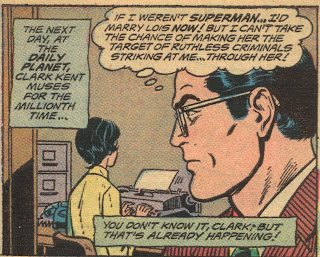 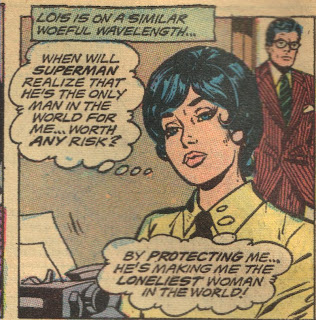 What makes Lois the loneliest woman in the world isn't so much Superman's romantic hesitancy, but more like the 78 other times she's been either romantically connected or even married to someone who ends up dead by the end of the story. That shit happens enough and word gets around.

And then we get even more signs of journalistic excellence: 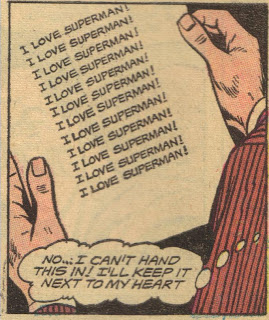 Of course, I may be a bit hyper-critical of Lois here, considering my most recent scholarly work: 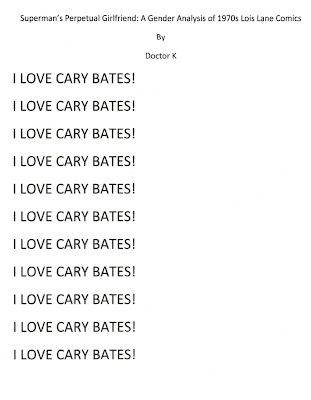 Later, Lois is out on the street for one of her fluff "People, U.S.A." features, and she is suddenly and inexplicably able to warn Superman of danger that he is unable to see. Superman takes this as a sign that Lois has developed ESP and therfore would not need his protection if she could see danger coming, which is a bit of wishful thinking (or, as we might refer to it, "Kanigher thinking"). 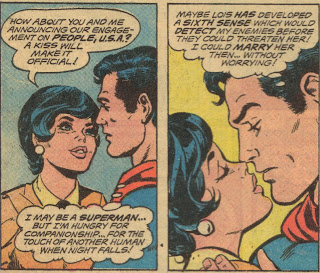 In this issue, Superman's interior monologue will be provided by Harlequin Romances.

Unfortunately for Lois, Superman pulls away at the last second before kissing her, and Lois can do nothing but go cry about it.

After a second instance where Lois warns Superman of danger--this time, from a herd of mechanical animals--Superman decides to give in and unleash his decades of repressed passion: 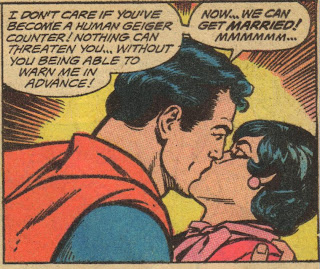 The result, however, is not quite what Lois was hoping for: 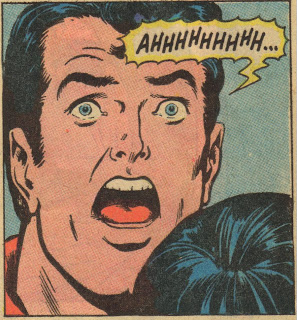 This was also Superman's reaction when Lois told him that, while every season of Two-and-a-Half Men was available on DVD, he couldn't get a single season of the 1960s Batman TV series.

Superman then goes on a rampage, and Lois calls up The Project for some help. In unraveling the mystery of Superman's behavior, the head of The Project also engages in some Kanigher thinking: 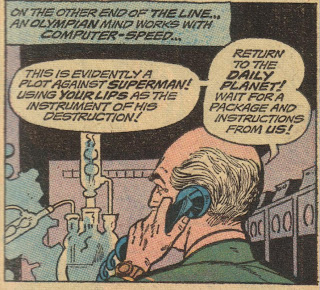 As Lois waits in her office, she's attacked again by the mini-JLA, who seem to be a bunch of jerks: 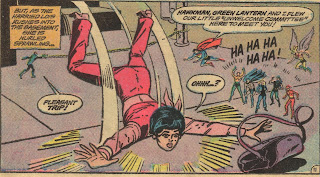 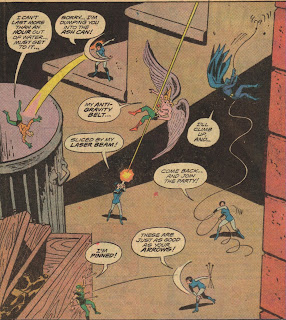 An army of miniature Lois Lane clones! (Actually, I think Cary Bates could have come up with this solution as well.)

The Project also provides Lois with a special lipstick made out of Superman's DNA (!?!), which restores Superman's sanity after Lois kisses him a second time. And, thus, Lois is left back at the romantic status quo, having to start over again in her quest to marry Superman.

To what do you think Superman is reacting?

I've kvetched about this before, but since everyone in Metropolis already knows that Silver Age Lois is linked to Superman, and everyone uses her to get at him already, how exactly is his refusing to marry her (or even date her) protecting her?

The same thing for Jimmy, Perry, etc. Since the set of Clark's friends is 100% congruent with the set of Superman's friends, how is the secret identity business actually protecting anyone?!?

Maybe he thinks Lois's bikini was made of the leftover fabric from Kitty Genovese's dress.

This is easily the most insane comic I've seen blogged about all year.