Around the time of the story discussed in the last post, Neal Adams did some awesome covers for DC's House of Mystery. Most of these covers related to interior stories, but they also featured the same three young kids placed in danger. This is an interesting appeal to the comic's target audience, and it's unfortunate that editor Joe Orlando didn't do more to get interior stories that matched this appeal. Still, I like to look at these covers as glimpses into some kind of Hardy Boys/Nancy Drew ongoing narrative.

Here's the cover to House of Mystery 183. I plan on covering the Moby Dickish story in this issue in a later post, but I particularly love what Adams does with the visual planes in this cover. 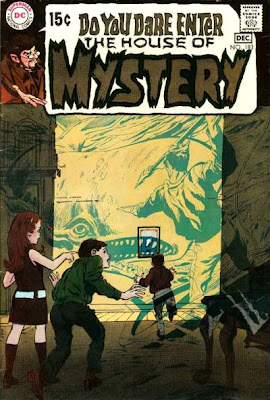 I picked the cover of issue 191 not so much for the "Puppet People" connection, but because killer dolls represent one of the more effective horror tropes, and Adams turns it into a creepy cover. 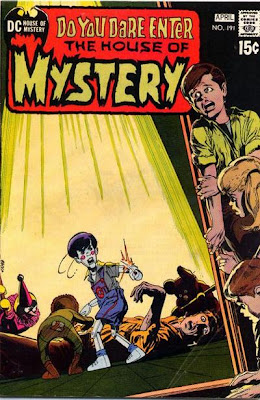 For issue 192, I like to imagine that the three kids stumbled onto the set of Crank 2: High Voltage. 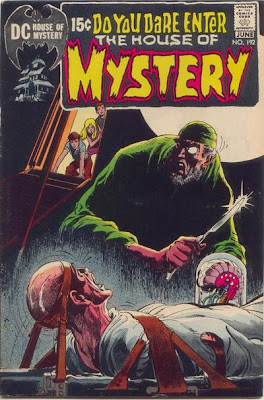 I think I read somewhere online that those 3 kids were based on Neal Adams' own children.

Uh, on the "Puppet People" cover, what's the puppet with the patch on it's butt doing near the dead guy's crotch?